April 13, 2017
Halima Aden followed by her manager and Vogue magazine reporter toured Apollo High School.  Vogue magazine is doing a story on Halima's background and they wanted to get a feel where she grew up and her community.
Staff and students were excited to see Aden walking through the hallways of Apollo again. However, not nearly as much as Aden. There were squeals and screams of hellos and hugs as she saw old friends, teachers and other support staff that have guided her on her path.
Aden with her positive attitude and smile radiated through the tour yesterday as she introduced her old teachers to the Vogue reporter. She also visited an AVID class where she sat and talked to the students about career goals, keeping an open mind and to never give up.
Watch for the upcoming article in Vogue magazine! 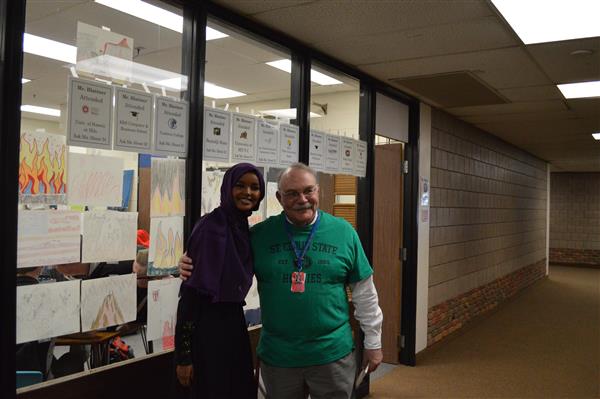 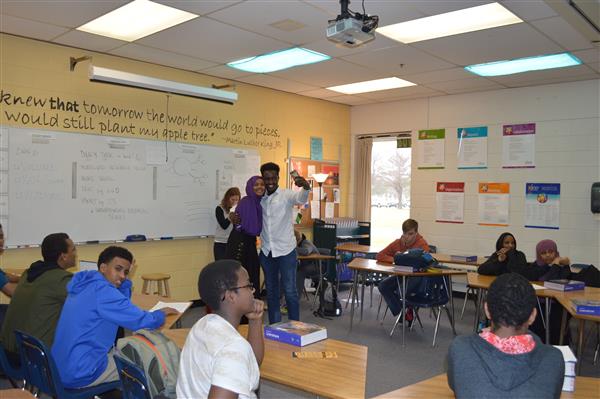 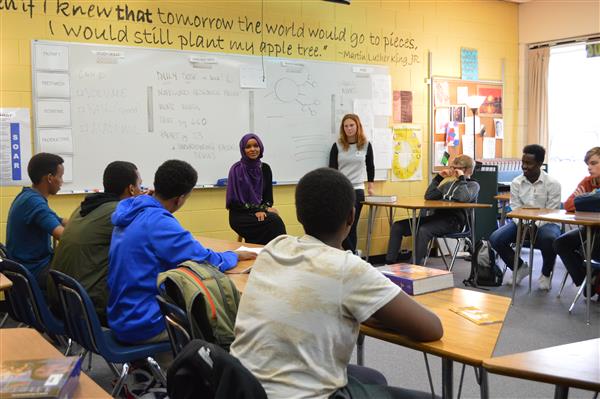 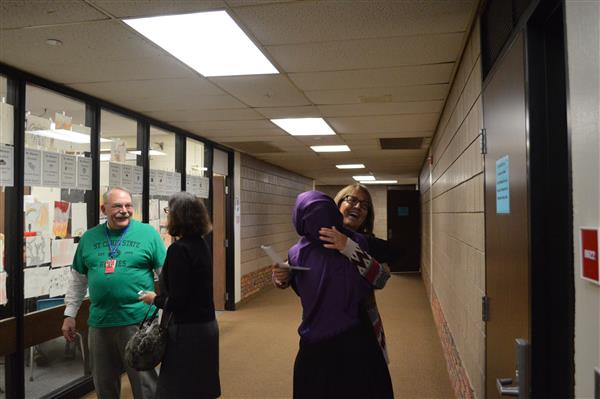 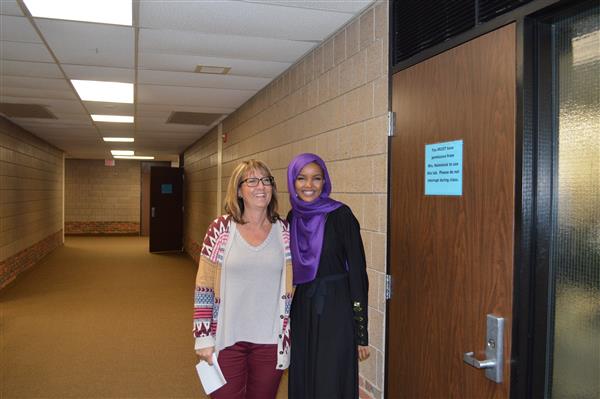 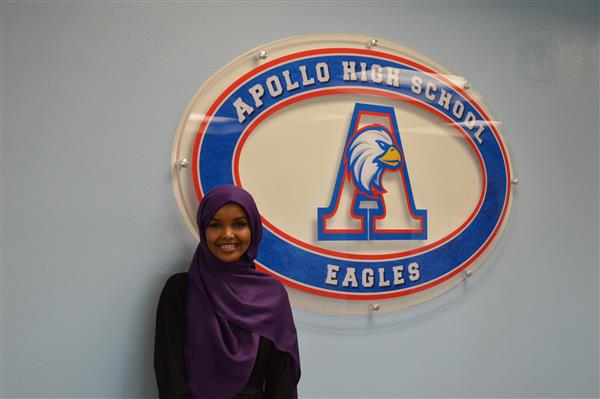 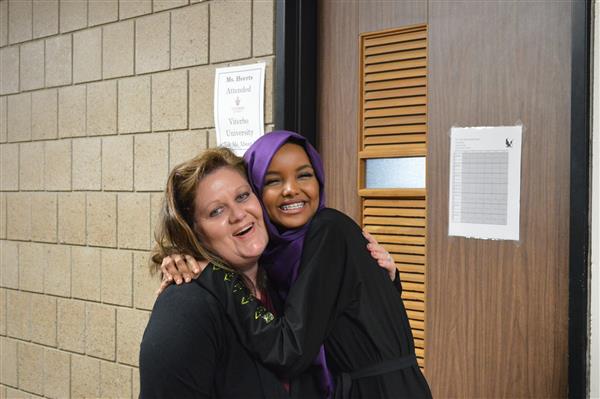 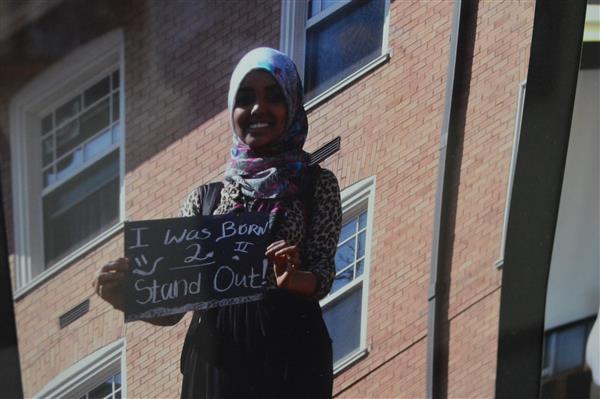