Congratulations to the four Tech HS Robotic Teams who participated in the State Tournament this past weekend. Three of the teams made it to the elimination rounds. Team A won the State Teamwork Award.  Team A includes Katarina Frank, Kailee Kroska, Jacob Starren, and Logan Frank.

Congratulations to the five teams out of our seven who participated in the State Tournament this weekend. They were competing against the top 60 out of 93 middle school teams in MN. North Jr High placed 2nd in the state of MN this weekend. There were three teams that made it to elimination rounds, two of those teams placed second. They were underdogs the whole elimination and took out multiple teams with a higher rank then them to make it to the final rounds. 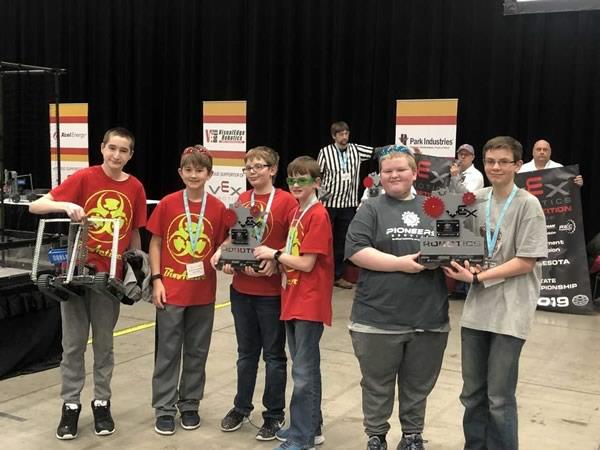